Blockchain Has Bigger Fish to Fry

The most frustrating response to me excitedly describing a new decentralized app that just launched / we’re designing is:

Well, is anybody actually going to use it or care?

Coming from a product and venture capital background — I understand the root of the question. Usability is key to scalability but right now, it’s hard for dApps to prove that they are solving real and important problems. But the question still bothers me. Often times, the most “seemingly unusable” ideas are the ones that disrupt the most change. Who would’ve thought that you’d use an app to book a car ride with a random stranger (Uber), or stay in a stranger’s house (Airbnb), or buy people’s used items directly (eBay).  The criticism surrounding the “rise of dApps ” certainly lends to a sense of deja-vu when looking back at the early Internet.

The web is “a ridiculous cloverleaf to nowhere,”  — The Washington Post in 1997.

In 1994, the Amazing FishCam graced the world-wide web.

Launched directly out of the then unknown, Netscape office, the FishCam transmitted live images every minute of a lone fish tank. 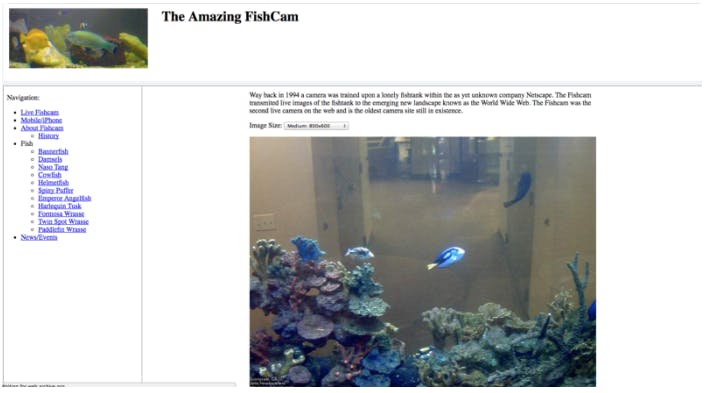 The MCOM site includes some background on the FishCam:

“Usually you can see someone working on the other side of the fish tank. (since you can see right through the tank) He is there because that’s his office. His name is Mark Lanett and I think he is destined to become famous as “the man behind the fishtank”. Be sure to talk about him at your next party, but if you see him performing some disgusting bodily function please keep it to yourself.”

A hyperlink enriched description of the fish in the tank:

If the Fish Cam messes up in some way, (I’ve been known to bump the camera or otherwise obstruct its general usefulness), fill out the Fish Cam error reporting form or send me a mail message at fishcam@mcom.com.

Oh, and a link to the homepage of the creator, Lou Montulli. Including this picture. Legend. 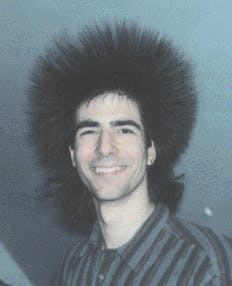 The Economist put it best:

“In its audacious uselessness — and that of thousands of ego trips like it — lie the seeds of the Internet revolution.”

From Amazing FishCam to Google, we’ve seen the worldwide establishment of the Internet and how it’s fundamentally changed business and life around the globe.

“Do our computer pundits lack all common sense? The truth in no online database will replace your daily newspaper, no CD-ROM can take the place of a competent teacher and no computer network will change the way government works.”  —  Clifford Stoll, 1995

In 2018, 57% of news media users go to digital sources and are more likely to turn to an aggregator (Google News, Apple news etc…) than to a newspaper site. One in four college students are enrolled in online courses. Arab Spring, #MeToo, Black Lives Matter, and other social movements driven by social media have all impacted, changed, and disrupted our government.

In truth, “useless” early apps were the catalyst for unprecedented change that has defined how our society works today.

Dani Grant and Nick Grossman from Union Square Ventures describe these early “GeoCities”-era catastrophes as a necessary turn in the so-called app-infrastructure cycle. In short (be sure to read the whole article here), the cycle is built upon the observation that apps inspire infrastructure, which in turn, enables new apps that inspire more advanced infrastructure — and so on. Lying underneath the lack of usability of early web apps was inspiration for the infrastructure of an entirely new digital world that enriches our connections, interactions, and communications.

In the current “blockchain” era, we find ourselves in another turn of the app-infrastructure cycle. In 2018, we can buy and breed digital cats (Cryptokitties), own virtual land in a VR universe (Decentraland), and stream pay-per-view adult content (Spankchain) — all through decentralized apps (dApps) powered by blockchain technology. The usage and “purpose” of these dApps are endlessly critiqued just as the early web pages of the Internet were.

All of the stupid web pages, simple home-pages, and useless bulletin boards, were the catalysts to the mass adoption to the internet. Just as the mindless dApps, crypto-collectibles, and utility coin networks will be the catalysts to Web 3.0 and blockchain technology.

At the early days of this entirely new technological revolution , we need to hold tight to the chaotic creativity and innovation that lies underneath the perceived “uselessness” and “silliness” of the budding app ecosystem. We need to set a standard for transparency to filter out the “bullshit” (because there’s a lot of it) - but stay open and curious about what those are building around us. We should embrace innovation and creativity or else we curb and constrain our imagination for what the future can be. These stupid dApps, networks, and tokens are ultimately the seeds to a — yes, decentralized — but more importantly, a more equitable, diverse, and resilient future.