Intro: Bolivia & the Role of Crypto 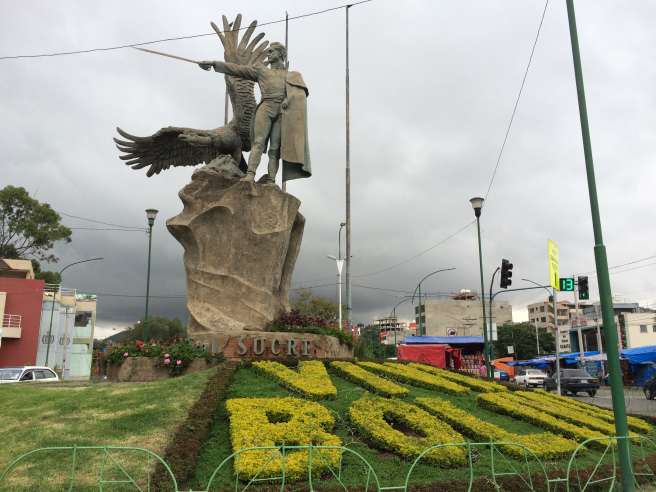 As my stay in Bolivia winds down, it’s a good time to reflect on the current state of the country, its future, and how censorship-resistant technology (blockchain) could potentially play a role. Before going into that, I’ll go over Bolivia’s political history and how the country has ended up in the situation it is in today.

Bolivia’s history has been marked by corrupt governments stunting economic development and a never-ending struggle for social cohesion between its social classes. On the political end, the only constant has been one of instability. With one military coup after another, the country is no stranger to authoritarian rule. Notably, its economy took is most dramatic plunge in the 1980s when inflation reached 23,000% (!!). Thankfully, the economy eventually recovered thanks to sound economic policy, the privatization of many of its industries, and the emergence natural gas as an important national resource. However, the economic growth came with an increasing prosperity gap and countless allegations of corruption.

The country has also had a longstanding social problem due to the suppression of the indigenous population, who make up a vast majority of the country. For the past century their discontent over their social exclusion has been brewing, as shown by increasing protests. This movement eventually culminated with Evo Morales winning the majority of votes in the Presidential election of 2005.

In retrospect, the election of Morales should not have been a surprise as he was the first indigenous leader to seriously challenge for the presidency and the de-facto representative of coca farmers, a previously illegal profession under previous administrations that also represented one of the only avenues for indigenous populations to improve their quality of life.

Under the mentorship of Fidel Castro and Hugo Chavez, Morales didn’t waste time in nationalizing the country’s biggest industries, legalizing coca farming, and passing a new land redistribution program that has taken land from the rich and given it to the poor. His reign has led to more than a decade of stable growth and a decrease in extreme poverty, although red flags in his government are starting to make themselves more apparent, such as diminishing checks and balances, a legal system filled with Morales loyalists, and Evo himself increasingly looking like he wants to stay in power indefinitely. Despite Bolivia’s constitution limiting presidents to two consecutive terms, Morales was re-elected for a third time in 2014 because a constitutional court ruled that his first term did not count since it hadn’t taken place under the new constitution. On February 21, 2016 the Bolivian people voted to disallow Morales from running for a fourth term. However, the constitutional court declared the referendum null for a variety of controversial reasons, clearing the path for Morales to run again for election in 2019.

Conditions Are Ripe for Crypto Adoption

It’s clear that Evo Morales is playing a chess game with the end goal of having unprecedented power and rule over Bolivia. With a constitutional court that does whatever he says and his ability to leverage state resources such as the state-run media and various nationalized industries against any potential oppositions, I would be highly surprised if Morales does not win his fourth term this year.

In my conversations with many of my relatives, all of them are expressing anxiety over the future of the country and are actively converting their Bolivianos to Dollars and stashing their cash under their mattress (in some cases literally) as a precautionary measure. They are very aware that a worst-case scenario could have Bolivia become the next Venezuela, and they are prepared to leave the country with their stashes of fiat if necessary.

This outlook has naturally led me to think about crypto and what I consider to be its present-day greatest value proposition – censorship-resistant money. Conditions where governments take away basic rights from its people tends to be where the best product-market fit exists today. In a world where Bolivia continues down its current path, I expect crypto adoption to be kickstarted. Interestingly, in all of my conversations with relatives and friends, no one had a good grasp of what crypto is and at best had only heard of Bitcoin in passing. This will change out of necessity.

Other interesting tidbits that will support crypto adoption in Bolivia:

Bolivia has a very young population, with 60% under the age of 25. As digital-natives begin to step into decision-making roles with significant capital, more and more of it will be allocated to crypto. Any increase in adoption will be sparked by younger generations who are more tech savvy relative to older generations.

Transferring money is a massive pain. For an urban low-income individual to send money back to their relatives living in rural areas, they have to send cash in an envelope that gets delivered by bus, with no guarantee of arrival. For any international payments most people use pricey incumbents such as Western Union. In any case, the status quo is unsatisfactory for consumers.

The current boliviano-dollar peg is likely to break some time after the upcoming election (definitely not before since this would hurt Morales’ campaign). Once this happens, expect many to consider crypto. My aunts and uncles may not be the most tech savvy, but they definitely remember how painful hyperinflation was in the ‘80s.

Looking Forward
The stakes are high for Bolivia. As a passenger seated beside me on one of my domestic flights commented, he wouldn’t be surprised if a Civil War were to break out in the event of another Evo Morales presidency. While I’m hopeful for an outcome that puts the country back onto a more democratic path, I find comfort in the fact that crypto can play a unique role in empowering the masses much like is taking place today in Venezuela.