If you’ve been following the blockchain space closely, you are well aware of the scalability limitations that hinder protocols today. However, there are many new projects in the works using innovative ways to solve this going forward. One that has caught my eye is ThunderCore, a new blockchain that is aiming to significantly increase throughput (up to 1,200 transactions per second) while supporting Ethereum Virtual Machine (EVM)-compatible blockchains. This means that any Ethereum-based dapp can easily migrate to ThunderCore to take advantage of its scalability with minimal switching cost.

Developed by Cornell Professors Rafael Pass and Elaine Shi, the Thunder Protocol looks to provide a “fast path” while using Ethereum as its fallback “slow chain” in a worst case scenario (ie. 50% attack). As ThunderCore explains it:

"Consensus nodes complete a single round of voting to confirm transactions in under a second. Accelerators — robust, DDoS-resilient distributed systems — coordinate the network of consensus nodes. Importantly, users do not need to trust the accelerators nor the consensus nodes; they only need to trust the honest majority. If accelerators arbitrarily act maliciously, for example, the worst that can happen is that the system slows down (to the speed of a traditional blockchain); it cannot break the system’s security guarantees nor stop the system. In this way, ThunderCore maintains fully decentralized trust." - Thundercore's Inroductory Medium Post 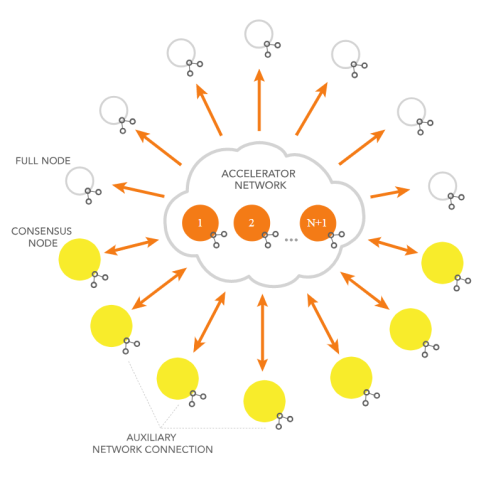 The protocol will utilize Thunder Tokens (TT) to incentivize activity, which will be used to pay gas fees and can be used to become a committee member via staking.

ThunderCore launched its testnet in August 2018 and its mainnet launch is yet to be announced, but should take place this year. In a step toward strengthening its ties to the Ethereum ecosystem, it announced a partnership with ConsenSys in January in which the venture studio will support security for all smart contracts deployed on ThunderCore’s protocol. Most recently, the team announced it has raised $50M from notable investors such as Pantera Capital, MetaStable, and SV Angel.

For those that are interested, you can view live activity on their blockchain here, where at the time of this writing blocks are getting confirmed at a rough average of 1 sec / block.

I think ThunderCore’s strategy is smart – leverage the trust, goodwill, and security developed by Ethereum and build a protocol that can leverage these strengths while also improving throughput drastically. If ThunderCore is as good as advertised, it presents a compelling option for dapp developers for whom scalability is critical. Additionally, low switching costs present a good route to kickstart adoption among a community of dapp developers that is already building on Ethereum.

However, ThunderCore’s scaling ability still pales in comparison to established payment networks such as Visa, which processes approximately 24k transactions per second. Also, it faces competition from various other projects focusing on scalability, including Truebit, state channels (such as Raiden), and Plasma. That being said, the team counts on proven entrepreneurial and technical expertise which will be critical in making ThunderCore a household name in blockchain circles. The team’s fast chain / slow chain approach is innovative and is another reason why I’m bullish we’ll start to see meaningful scalability improvements within the next year.